Our Rustler had a fridge in the galley (sailor speak for kitchen area). It was a quarter of a century old, badly insulated and didn’t regulate properly. It was slowly rotting the surrounding woodwork and sometimes stopped cooling but still took 60 Watts from the batteries. We decided it had to go.

We ordered a Vitrifrigo TL20 top loading fridge. The manufacturer ignored our emails and the USA dealer quoted three months delivery so we ordered it via Ocean Chandlery. It has a capacity of 20 liters which is plenty for us. The technical data claims it is category A+++ and uses only 28 Watts of power. 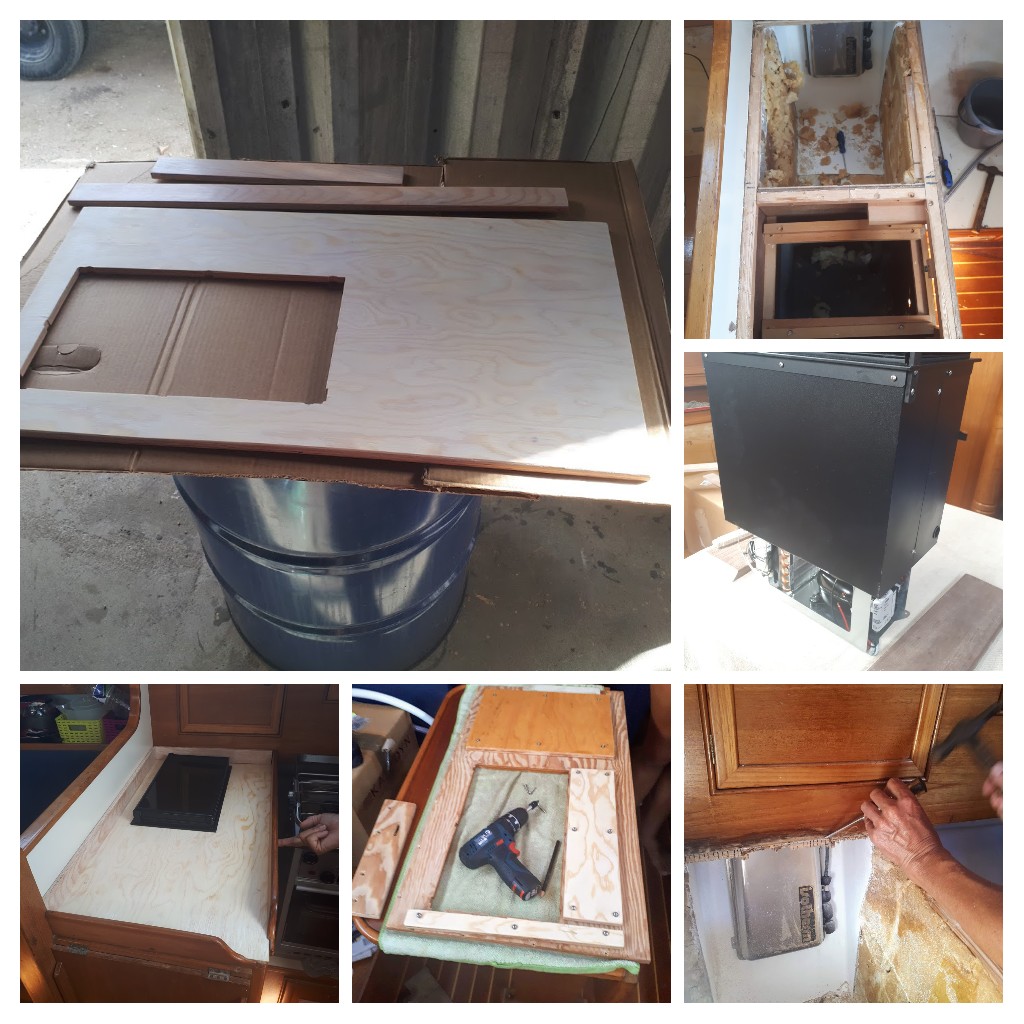 Unfortunately Rustlers are hand built boats so nothing is easy. The work top was glued to the cupboards below and ran under the cupboards above. It had to be cut in to little squares before being hacked off. The fridge was also jammed in and held in with liters of insulating foam. Both fridge basin and foam had to be cut out in tiny blocks. New saw blades were needed which involved an 18 km bike ride to the tool shop.

We needed a new work top and Heidi had the brilliant idea of making one from wood stained white and then sealed with epoxy. Not only did she have the idea, she also made it happen – despite the ambient temperature being 15°C above the recommended temperature for working epoxy. The new top looks better than the old one and is more functional and has a fridge fitted and working.

The fridge has now been working for a week and works as hoped. The only “problem” is that it appears to take 36 Watts rather than the advertised 28 Watts. That is a major difference when you are running an autark system as we do.