Our “welcome to Grenada” on the island of Cariacou was a bit of a disapointment. We filled out everything needed to clear in to the country online and took the dinghy to customs. There we were met by an impolite and officious lady who told us she had no printer ink so we could redo it all manually. She continued to be impolite during the whole process. Luckily I have often travelled to the USA so I am practiced in dealing with officious, overweight and badly educated officials and knew the golden rule of just keep smiling and agreeing.

Immediately after things improved when we found a bar with Rum Punch and some other cruisers. I complained to the owner about the customs women who just asked “short, overweight and with an attitude?” When I agreed he told us we weren’t the first to be less than impressed.

The next day we sailed south to Ronde Island and anchored alone off the beach. No other boats. No habitation. No lights. Just an awful lot of stars. Also some big waves which discouraged us from landing on the empty beach. Just off the island is an active underwater volcano named Kick ’em Jennie. We heard no rumbles and saw no bubbles so it is obviously dormant right now.

We continued on to the south end of Grenada and the anchorage at Prickly Bay which we had heard was “the place to be”. On the morning radio net we heard about a cruisers versus locals cricket match and jumble sale but that is not really us. We met and enjoyed some drinks with a couple from Ireland who have winter off after working seven days a week at their bed and breakfast. 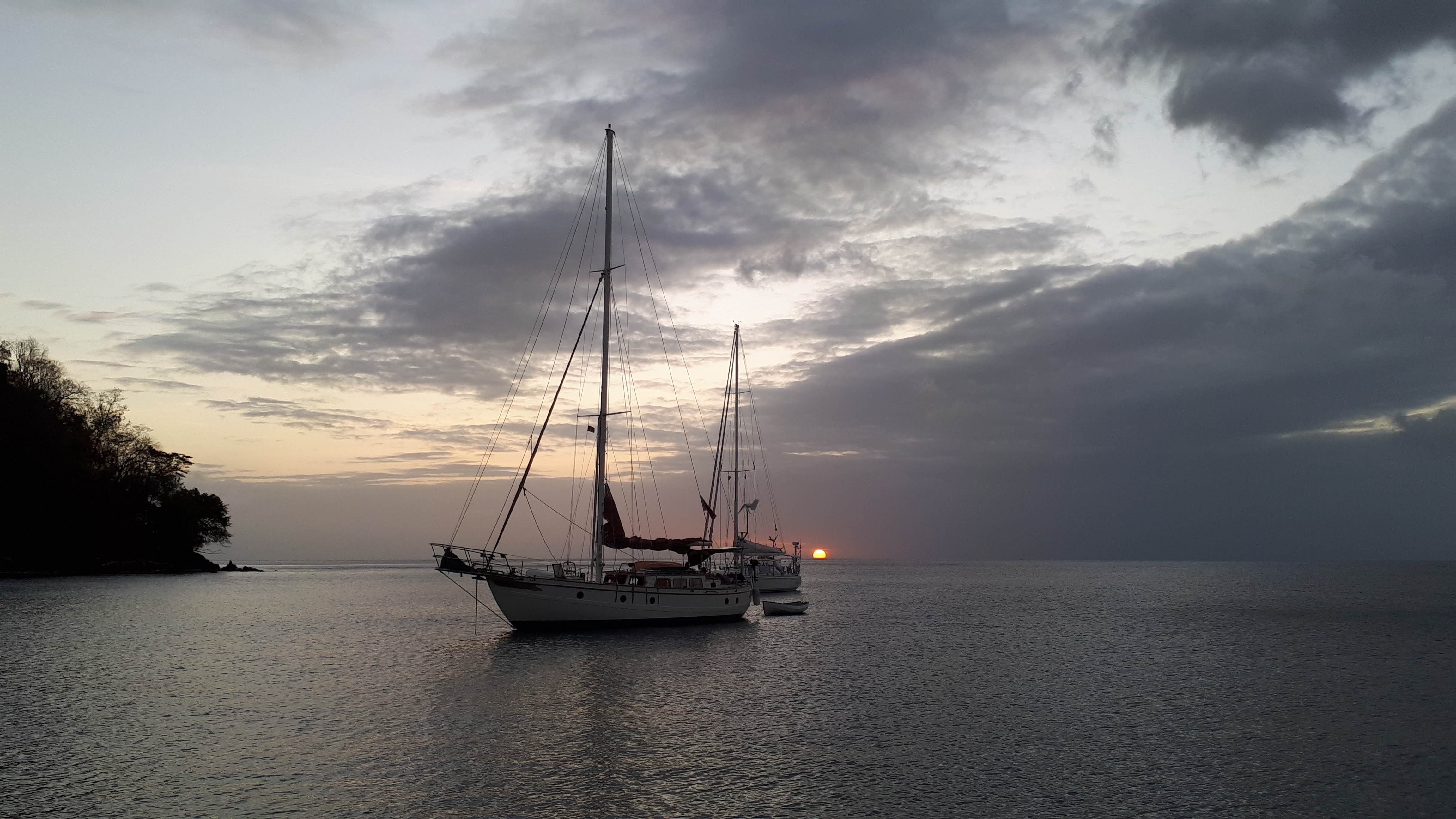 On Sunday we caught the bus to the capital but it was closed. The only life was round a party boat where the guests were waiting to board. Grenadians can fit an awful lot of women in to a bit of stretchy material. Another attribute that reminds me of the USA. The buses are great. They drive along blowing their horns and stop if you wave at them. Then they stop again when you want to get off. Everywhere is a bus stop.

After a big shopping expedition, refuelling and filling up with water, we set off back north. Real sailing against the wind. After sailing three thousand miles downwind this is going to take some getting used to. At the last moment we decided to stop off at Halifax Harbour. As we sailed in to anchor I recognised the boat “Sea Love” but it was Heidi who remembered it was Miles and Jo with their two kids. We last met them off La Gomera in the Canary Islands. That night it was drinks on their boat.

Just inland from the bay are the Concord waterfalls so we walked the five kilometers up through the tropical forest to see them. It was mostly uphill but we were rewarded by a refreshing swim in a gorgeous pool. Just the two of us. The best shower in months. 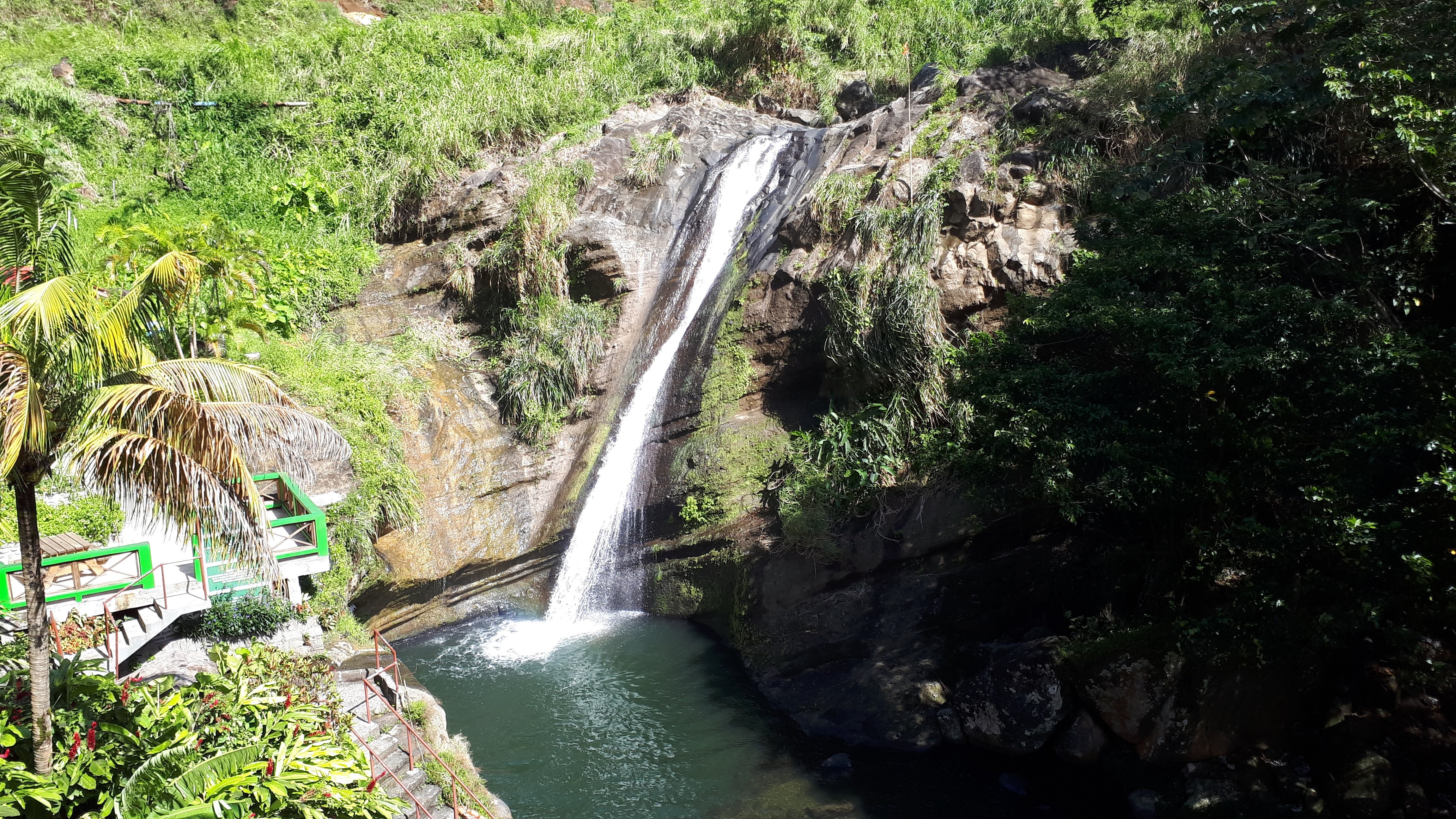 And as I write this we are once again anchored of Ronde Island far from the “real world”.

One thought on “Quick visit to Grenada”