A boat is freedom. Freedom to go where you want, when you want. With Artemis full of food and a fair wind, we can travel far away from civilisation and visit otherwise unreachable places. But you need water. Until now we have filled our tank where ever we have found a supply and, in the worst case, bought bottles. But the logistics detract from the enjoyment and, as we head out in to the Pacific, good drinking water will become a scarce commodity. 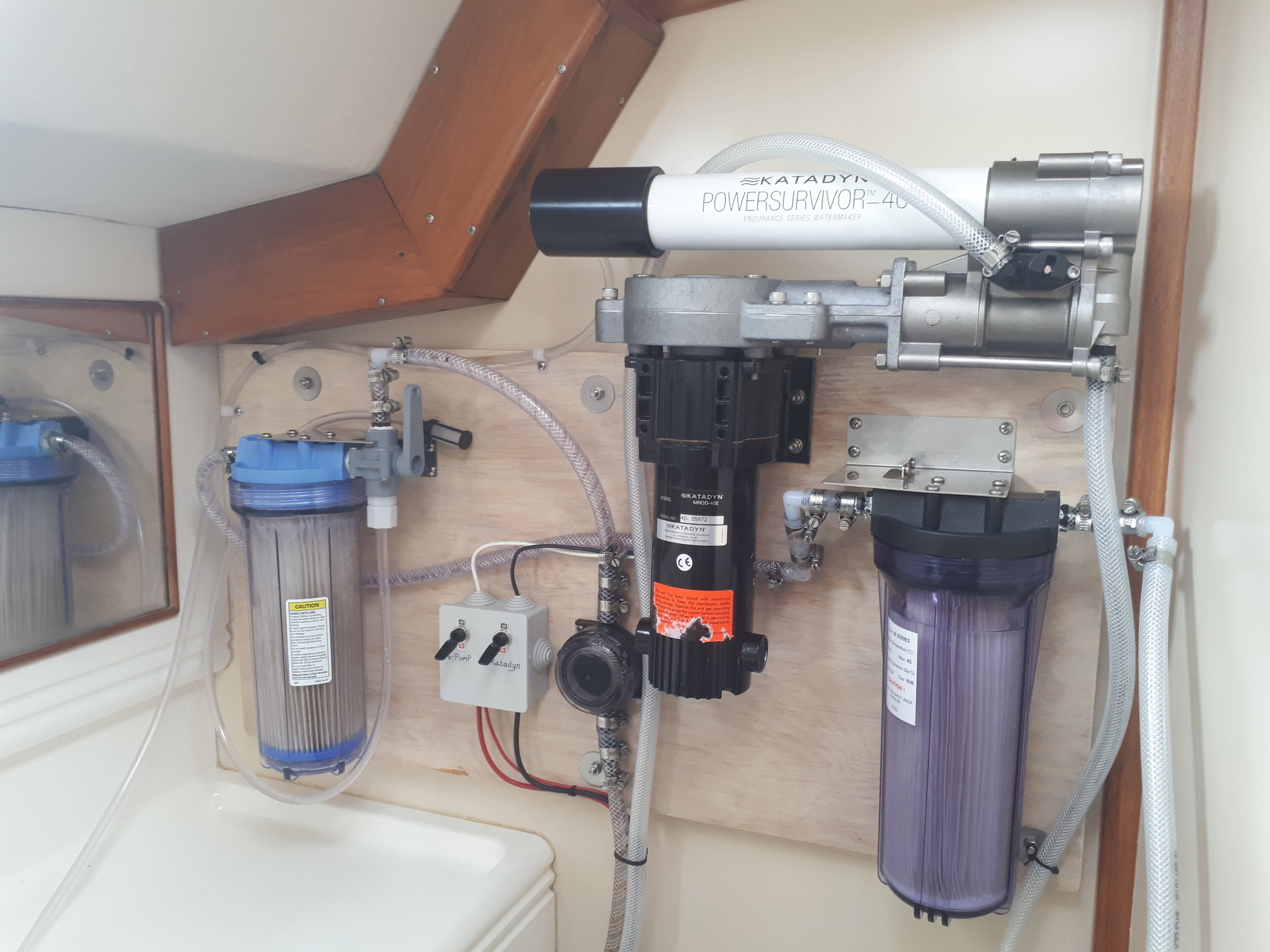 So we have invested in a small Katadyn 40E water maker. This magic device takes fifty liters from the surrounding sea and five ampere hours of electricity with which, through the miracle of reverse osmosis, it produces five liters of drinkable fresh water. We use about ten liters a day so in two hours we can produce all we need for that day.

This is one of the smallest devices used on boats but it has the advantage that we can power it from wind and solar power. It also fits nicely in our “bathroom” which is now the “water works”. We bought this model as every one wrote that it “just works”. Andi Blenk installed one this year and his positive feedback convinced us to invest.

Unfortunately our system didn’t “just work” as it had been incorrectly assembled in the factory. We needed many emails, lots of tests, much frustration and hundreds of extra dollars before we tasted our first fresh water but now it works and it was worth it.

We use a pre-pump to take sea water from the ocean and pass it through a sieve and two pre-filters. The standard system uses one filter but this way we can run it in silty anchorages. The filtered water enters the Katadyn and is then compressed and forced through a membrane which removes most of the salt leaving less than 200 parts per million which is far less than we can taste.

Another piece of freedom!